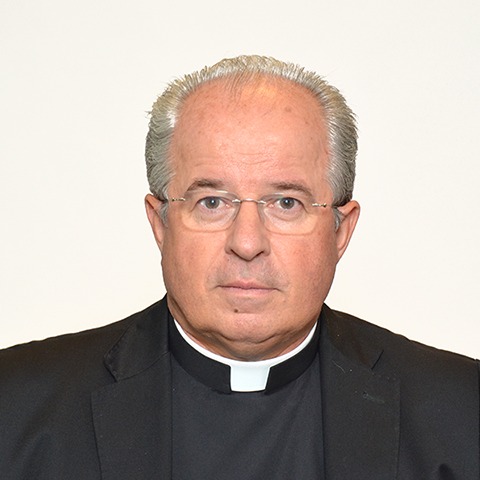 The Most Reverend IVAN JURKOVIČ

On June 29, 1977, he was ordained a priest for the Archdiocese of Ljubljana (Slovenia). He is a graduate from the Faculty of Theology in Ljubljana. Between 1980 and 1984 he completed his studies in Canon Law at the Pontifical Lateran University in Rome and at the Pontifical Ecclesiastical Academy. He holds a Doctorate in Canon Law.

On May 1, 1984, he joined the diplomatic service of the Holy See serving in the following capacities and locations:

1984-1988 Secretary of the Apostolic Nunciature to Korea;

1988-1992 Counsellor of the Apostolic Nunciature to Colombia;

1992-1995 Counsellor of the Representation of the Holy See to the Russian Federation;

1996-2001 Counsellor at the Section for Relations with States of the Secretariat of State of the Holy See in Vatican City.

On October 6, 2001, Msgr. Jurkovič received Episcopal Consecration and was appointed Titular Archbishop of Corbavia. Following the same, he served in the following missions:

His Excellency Ivan Jurkovič is also Conventual Chaplain ad honorem of The Sovereign Military Hospitaller Order of St. John of Jerusalem of Rhodes and Malta.